Pebble In The Still Waters

All about books and authors

A Romance Fiction About Adulthood and Second Adulthood

Crimson Clouds by Claude Nougat is a fiction novel in Romance genre. Claude was born in Brussels and had her upbringing in Europe, Africa and America. She graduated in Economics from Columbia University. She has been versatile enough to put her hands on various professions – banking, publishing, journalism, marketing, teaching in a college and gradually landed in the Food and Agriculture Organizations, the United Nations in Rome as a project inspector. During her tenure of 20 years of successful career here she reached to a position of Director – Regional Representative – for Europe and Central Asia before retiring in 2003. She has many award winning books to her credit. She is one of the masters in Boomer literature aiming at Baby Boomers. 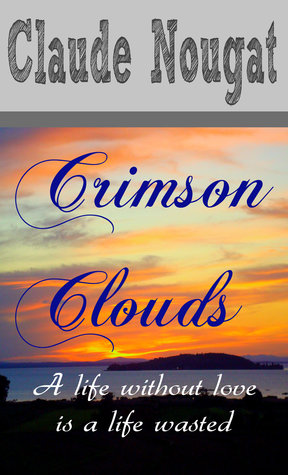 Crimson Clouds by Claude Nougat is a romantic story but with a different level of gravity where one gets to understand the intricacies of matured passion and defies that could happen in the life after retirement which is also referred to as the second adulthood. There are five main characters in the book around whom the whole story of Crimson Clouds revolves. Robert is a 60 years old man, tall and quite attractive broadminded Frenchman who has spent almost his whole career in the United Nations climbing the career ladder to gradually reach to one of the highest levels. Robert is a man of great values and strong beliefs and differentiates well with a precision between Contemporary Art that he hates and the good art that he admires.


Robert’s mother is a short, old lady but quite agile at her old age spending a good amount of time on her passion of painting even during her 90s. Robert’s father was a Consul of France in New York and she had no problem in balancing her life of being wife of a highly positioned diplomat and as a passionate painter. Natasha is the third main character of this story who has been with Robert since their childhood and both have maintained a good friendship. She is a journalist and an art photographer and is younger to Robert by around 5 years. She is the child of a French mother and a Russian father. Lastly we have two more important characters – Kay, younger to Robert by almost 20 years and is his wife. She, unlike Robert, loves Contemporary Art and has no interest in the values and beliefs maintained by Robert.


Finally we have Nour who is 27 and Natasha’s daughter. Nour is intensely attractive but internally disturbed because of the circumstances she had to face during her youth when she lost her Iranian father in Paris and Natasha took over the complete responsibility of bringing her up. Nour has a drifting personality that gradually makes her an aimless entity in life.
Overall, Crimson Clouds by Claude Nougat is quite intense, attention grabbing romance novel that will keep you hooked to it throughout because of strong characterization, excellent story and well woven plot.
Source: http://pebbleinthestillwaters.blogspot.com
Tweet